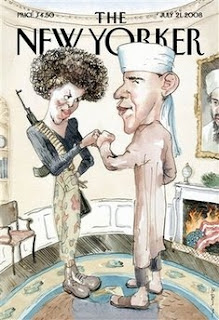 In a few days, the Senator from Illinois will complete his semi-world tour. It's interesting to note that the Senator from Illinois is also the Democratic Presidential nominee. So far, Barack Obama's world tour has made a stop in Afghanistan, Kuwait, and also Iraq. These three countries are all potentially dangerous not just because they are politically unstable but also because they all are in the Middle East. It is common knowledge that now more than ever American interests in the Middle East and Americans themselves cannot be guaranteed any solid measure of safety. So far, Obama has managed to go through these three countries unscathed which is significant. The motive behind his trip still is quite unclear and getting rather murky as it progresses.
Ever since the campaigns started, Senator John McCain has repeatedly flaunted his so-called statesmanship and knowledge of world affairs against Obama's own naivete on the subject. Obama surely has a lot to learn about international relations; that's a given. He has only been in national politics prominently for three years. If he is a little shaky when it comes to issues on an international scale it is quite expected. However, making a week long trip to Europe and the Middle East does not fix the issue. If anything it only worsens it and exposes Obama to more attacks by his critics. I think there's a slight default in a level of common sense with this issue. It seems counterintuitive to make a so called flash in the pan trip to several different countries for photo co-ops with world leaders to prove that you are a good statesman or that you could be a good statesman. If anything, Obama's place at this moment should be at home, attending to pressing domestic issues and broadening his knowledge of international affairs with the aid of his advisors.
Besides the miscalculation with this trip, it seems somewhat unprecendented. Although he has made it known several times that he is making the trip as a United States Senator, the presumptiveness of his motives cannot be ignored. It seems like a preliminary visit to familiarize himself with his future "colleagues." Obama seems to be making the point that he is already Commander-in-Chief and not just another candidate vying for office. Obama's actions are rather disturbing because any good student of the United States Presidency knows that the Oval Office has not been jointly occupied. From FDR until George W. Bush there has been a continuity from one leader to the next. There have been no so-called in office coups or adventures in usurping the President's power. Bush is still in office and Obama seems to forget that. Perhaps unbeknownest to him he is advertising his agenda for the Middle East as though he were already the President. It's as though he's saying: "forget the guy in office. Talk to me because soon you'll be doing so."
While Obama's trip will definitely increase his likeability abroad and give him a personal sense of accomplishment I think it is unnecessary. It's geared more at gaining more points in a so-called popularity contest than in gaining any tangible international knowledge or learning the craft of statesmanship. If anything, Obama is giving McCain an edge and further exposing himself to more criticism. You don't solve a problem by exacerbating it and you definitely do not try to play President when the White House is still occupied. Granted, before this trip is over Obama will definitely make a blunder that will haunt him until November. He will reinforce certain stereotypes about him trying to take over, like the recent NewYorker gaffe.
In the event that Obama's trip is given high grades by the media what will be the implication of his visit for future Presidential hopefuls? We all want a President who will look good on an international stage. Americans also increasingly need someone who will speak well in international circles. Hence, if visits of this sort become the norm who should be allowed to participate and at what point. Would a trip of this sort have allowed voters to see Hillary Clinton as a Commander-in-Chief if she had made one in the heat of the primaries and caucuses? Obviously for some it is doing it for Obama. He is now been seen as "Presidential." Consequently, Obama's trip adds another caveat to campaign season. It sets the precedent that elections can no longer be contested on the homefront solely but must be done internationally as well. It may help to see our future candidates on an international stage where language often might be a barrier and diplomacy on all levels has to be applied. While Obama's trip is interesting I am still not sure what the exact motives are but anticipate that he will use his findings against his critics in the coming weeks.
Posted by HRenaissance at 9:43 PM No comments:

Season Five of Project Runway began on Wednesday with somewhat of a bang. I have been anticipating the start of the season and the line-up seems decent. The contestants seem to have talent but as far as personality goes, Season 5 seems defecient with a capital D. The previous seasons have run the gamut from mildly crazy to the far end of the spectrum that doesn't even register on the crazy scale. There have been some tame ones though.

I miss Rami, gap-toothed Ricky (boy he was so short and reminded me of one of the characters from MAD-TV), Sweet P, Jillian and definitely Christian. Christian is one the best the show has had so far. Someone from the current season might out do him though, however, no one compares yet when it comes to making one of a kind couture pieces. Who can forget Michael Knight (I ran into him at the Kanye West concert) and Miss "Hot Weater" Uli.

The first challenge this week was to create a dress from items in a grocery store. There was a great deal of creativity. Whoever thought of making a dress from paper cups or vacuum cleaner bags? My favorite to win though is Korto. She's good plus she's African. This season promises to "bring it" and I will be glued to my television screen until a winner is selected.
Posted by HRenaissance at 9:24 AM No comments:

What makes politicians run for office? When they do, why do we vote for them? Politics mostly is a game that we've come to enjoy watching. Sometimes some of us join the game; we vote. It's funny how the game goes. We watch speeches on television, listen on the radio, support campaigns financially, and go to rallies. We meet these men and women, normal humans just like us. Well again, not so normal. Some don't know how to use the internet, others like George H. Bush was alarmed by the flat belt scanner at a grocery store, others like Hillary Clinton didn't know how to work the coffee machine at a local gas station. But still, we revere these politicians. At rallies, we wait in long line for that handshake, or in my case the 5 minute conversation I had with Barack Obama. On the big screen, they appear larger than life, almost god-like. We forget they have flaws. Flaws that some say are part of the game.

I discovered those flaws in an unpleasant way. I was not content to just attend the rallies and be a fan on the sidelines. I wanted to get my ears wet, so I volunteered for a campaign. Now the name Vernon Jones might not ring a bell in your ears. If you live in Georgia you may have heard of him occasionally. If you live in Atlanta, give or take occasionally. If you live in Dekalb County, then you are expected to be familiar with the persona. He is the C.E.O. of Dekalb. These days though Mr. Jones has a lot of things on his plate, like running for United States Senate. I admire his ambition. It's a long shot to go from "running" a county to the Capitol in Washington D.C. But Mr. Jones has his eyes on the prize.

As a volunteer, I made calls to citizens of a rural county trying to convince and remind them to vote for Mr. Jones in the primaries. You have to consider this; Mr. Jones has quite a platform. Ending the war in Iraq, affordable healthcare for all Americans, lowering gas prices...I was interested in affordable healthcare for I am one of millions of uninsured Americans.
Prior to making calls, I wanted to know about the healthcare plan so I could explain it better when I made my calls. I was told to direct the calls to a campaign staff fellow. Hey, if only you tell me I am smart enough to explain a healthcare plan right? "I smell fish," I thought. So, before I left the office, I asked for a policy paper or some kind of document that outlined a plan. I was told this drawn out story of how Mr. Jones would be contacted and how I would be e-mailed a paper. It's been weeks and I haven't received a paper yet. It seems to me like there is no plan. If you campaign to provide healthcare for all Georgians, then how do you plan to do it? Don't just tell us you will, show us how!

The Democratic Primaries were held yesterday. With 96% of the precincts reporting Mr. Jones won the most votes. I wonder if there's a plan for all the other things he intends to accomplish or if voters are just being swayed because they are vulnerable to these issues? I voted for Mr. Jones though I'll admit, but the incumbent Saxby Chambliss has my best wishes and I'm still waiting for my policy paper.
Posted by HRenaissance at 4:56 PM No comments: