Not My Kind of Black

I once left my desk for some coffee. When I returned, a Caucasian co-worker informed me that a black female had stopped by. After exhausting all possible descriptive adjectives, I asked about the woman’s skin tone. The response was a blank stare. Although he said nothing, I guessed his thoughts. How do you tell one black person from another? Aren’t they all the same?

To most non-blacks, there is no difference between blacks. The absence of Caucasoid features is all that is needed to categorize an individual as fitting in the black box. But most blacks can upon first glance spot differences that are of ethnic significance. Broadly speaking, blacks in the United States fit into two categories: African-Americans and other black immigrants. More narrowly, there are African-Americans and new black American immigrants, primarily from Africa. It is the relationship between these two groups that is shaping race-relations in the black community and essentially defining how blacks perceive other blacks.

The legacy of slavery and the long-standing consequences has made the relationship between both groups tense. African-Americans almost single handedly fought for their liberation. From Sojourner Truth, to Rosa Parks and then Martin Luther King Jr. African-American pioneers paved the way and opened doors that have essentially granted minorities in the United States access to unlimited freedom and resources. But the civil liberties and doors of opportunity were not open without a cost. African-Americans paid their fare from Africa to the shores of the United States with their blood and used that same blood as currency to negotiate the liberties they enjoy today.

Although slavery has long been abolished and it has been a while since a fire hydrant served as a weapon to quell perceived civil disobedience, the vestige of that era still remains. Hence, for a number of African-Americans it is a slap in the face to observe African immigrants enjoy the privileges their forefathers fought so hard to obtain. Even more disturbing is the knowledge that their fellow Africans played a role in their enslavement.

It is no wonder then that some African-Americans view Africans with a measure of suspicion. Africans they claim are to blame for the Trans-Atlantic slave trade. If not for the slave trade, perhaps they would not have suffered the harsh consequences of slavery and ensuing Jim Crow laws. Or maybe not, because for a young man named Soulja Boy, the slave trade was beneficial. For without it he wouldn’t have tattoos or bling.

However, the anger some African-Americans feel goes beyond slavery. Africans are blamed for taking jobs that would otherwise go to them. But are Africans really taking the jobs or are they simply embracing opportunities absent in their countries?

A hiring manager once told me he’d rather hire Africans because they didn’t complain and did whatever tasks they were given. It could simply be because Africans are used to a system of deference and our cultures have taught us to obey before complaining or not to complain at all. After all, with the structure of most African governments, reprisal or complaint is met with reproof. So, Africans perhaps might be victims of circumstance, using a crutch to their advantage.

Then there are the stories I have heard of African-American women who have married African men to realize they were not wives but rather access to American citizenship. My hairdresser unfortunately was a victim. The sad part is her ex-husband claimed to be a prince. Blame it on Eddie Murphy and his portrayal of Prince Hakeem in the movie “Coming to America.” Undoubtedly, there are several immensely wealthy Africans and the King in the movie is comparable to a modern day Mobutu Sese Seko. But I bet even Mobutu did not walk on rose petals.

Equally, some Africans deride African-Americans. As a young child, I watched endless hours of The Cosby Show and other African-American shows. I had access to copies of Ebony magazine and was acquainted with African-American accomplishments. Not all Africans have had the opportunity to read about a Frederick Douglass or Ursula Burns, thus their opinions about African-Americans are tainted. For them African Americans are associated with social vices and fall into the category of either drug dealer or gang member.

While the representation of African-Americans in the popular media does not adequately reflect their accomplishments, African-American owned media has not always helped to shape perceptions either and several Africans find BET and other such outlets odious. The portrayal of blacks as modern day minstrels is a tough pill to swallow for especially conservative Africans and an effort is made to avoid unnecessary mixing with African-Americans.

But beyond schooling, God forbid their child brings home an akata love interest. Literally, the word akata refers to a bush animal of some sort. I’ve had the meaning confirmed by indigenous Yorubas from different states in Nigeria, and there is consensus that the word is derogatory and debasing. Yet, it’s not uncommon for some to claim that it’s a term of endearment. The word is derogatory and will only be a term of endearment when the word nigger becomes such.

Nonetheless, there’ve been some unifying moments. During the last presidential election, I hardly met an African who didn’t support Barack Obama. But could it be because he is indeed African? His father was Kenyan and his mother white. To most Africans, he simply was an African child raised in America. It was gratifying knowing that the first black president of the United States was African.

Further, when hate crimes occur like the Jena 6 incidence or incidents like Sean Bell’s unfortunate murder, there is a sense of solidarity because we know that the racist or bigot does not confirm ethnicity before pulling the trigger. Other collective victories and successes are shared. All blacks own Oprah Winfrey and are proud of Michael Jordan. Importantly we all agree Michael Jackson is our brother and was black first.

So how does one define what it means to be black in America? Is there just one type of black or several types? Do Africans and African-Americans in the United States still share a common heritage, or have they become completely disparate? Can we essentially get along?

Solidarity is important, but it is also essential that we maintain our unique cultural identities while working towards the goal of unity in diversity. As more Africans seek out greener pasture, the influx into the United States is going to increase. Hence, it is essential that we initiate dialogue of some sorts within our spheres of influence regarding race relations and start to collectively define what it truly means to be black in America.
Posted by HRenaissance at 10:07 PM No comments: 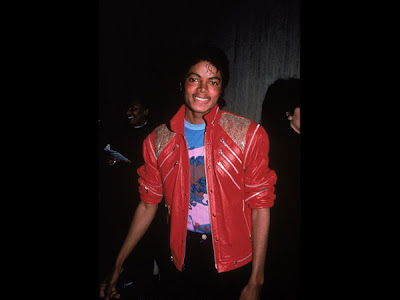 Posted by HRenaissance at 6:36 PM No comments: