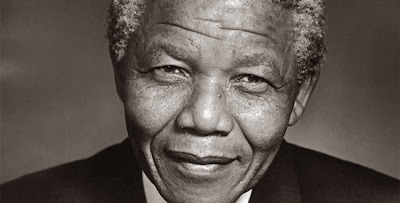 "It always seems impossible until it is done." Nelson Mandela

I still remember where I was the day New York City was attacked. The day the towers came crumbling down. The day Nelson Mandela died I remember where I was. I was driving in a Houston suburb. In the deadlocked traffic I picked up my phone and there it was. I didn't turn to the radio to verify the news, I was certain this was not a hoax because the source was credible. I trailed with the traffic until I made my way home flushed in feelings of deep respect for a man I revered. As I prepared dinner that night, I listened to Wolf Blitzer and Christiane Amanpour amongst others pay tribute to a man whose mark on the world is indelible.

There were many things I admired about Mandela, but the chief qualities I admired in him were the dignity and grace with which he carried himself. Richard Stengel who collaborated with Mandela on his autobiography, "Long Walk to Freedom," noted that the dignity with which Mandela carried himself was a result of his  close family ties to royalty. Mandela was in line to become a chief but was unable to because of his mother. Nonetheless he realized his lineage and acted as such. Stengel remembers Mandela as being more royal than the king and as possessing the dignity and speaking with the airs of a 19th century English gentleman. It was this sense of dignity with which he carried himself that made him loathe apartheid and the inhuman treatment of his people. The indignity his people received soon turned to defiance and a long prison sentence of twenty seven years.

However, it was while he was imprisoned that he developed a certain gracefulness about him. Referring to Mandela, pop singer Bono fondly remembers him as "a lesson in grace." Many years of imprisonment forced him into deep introspection and an understanding of self. He learned the art of forgiveness and embraced a level of humanity few of us even broach or barely touch at the surface at the least.

These endearing qualities are what I remember most about Nelson Mandela. It is not often that one person leaves behind such a mark on the world. Mandela must have been severely flawed but he didn't let his flaws or inadequacies limit his vision or his impact on the world. I believe sometimes humans are held back from achieving great things because of certain perceived inadequacies we spend too much time brooding over. Inadequacies and certain character flaws can be stumbling blocks but should not be obstacles that keep us in a prolonged period of inertia.

As 2013 winds down and a new year approaches many among us begin introspective journeys that often culminate in resolutions. In making those resolutions learning from Mandela seems like a good place to start. A graceful man or woman who not only embodies grace but extends it to others is not soon defeated by life's circumstances. So also, a dignified person, not to be confused with a prideful person is better able to stand for what is right when their dignity refuses to allow certain wrongs prevail because it bothers them to their core and they know that there is or should be a higher standard, a better way of relating with our fellow man.

I do not make resolutions because I believe that the best time for any type of change is the present. However, as I set my goals for the new year, I hope that I can learn from Mandela and embody the traits in him I believe made him the man I came to deeply revere.

photograph courtesy of consortiumnews.com
Posted by HRenaissance at 2:44 PM No comments: